They that wait upon the Lord shall renew their strength, they shall mount up with wings as eagles.”

Yolanda Gallegos DeBoer of Naples, Idaho, passed away unexpectedly yet peacefully at home on December 30th, 2018.

Known to many as “Yo” or “YoYo”, she was born June 9th, 1940, in Pagosa Junction, Colorado, to Jose’ and Frances Gallegos. She grew up in Durango, Colorado, where she met and married Calvin DeBoer on September 6th, 1959. Dad’s job as a logger took them to many different places in their early married years, however they did spend some time in his home town of Bonners Ferry, Idaho, in the early sixties. During that time Mom worked at Don’s Cafe, where Mi Pueblo is currently located.

Mom and Dad made Naples, Idaho, their home in 1971 and together they raised one son and five daughters. Mom was a homemaker while we were young. Besides keeping track of six kids, she made time to expertly sew much of our clothing, including prom and wedding dresses!

During the early 1980’s she enjoyed working one day a week at Sater’s Auction behind the old Co-Op.

In 1988 she began her career at the Kootenai River Inn, retiring in 2003 after fourteen years as housekeeping manager. She loved her job and the people she worked with. The KRI Super Bowl Parties were a highlight where she showed off a bit of her playful nature by putting together such creative costumes that sometimes even co-workers didn’t recognize her. She loved watching all sports and was very proud of her collection of sports cards and memorabilia.

As a retirement “gift” Dad surprised her and bought the Northwoods Tavern. Boy was she surprised! However, she stepped up to the challenge and made it a fun place to gather. She sold the business in June, 2008.

Wherever Mom worked or went she made friends and these friendships meant so much to her. She held many people very dear and it has been obvious to us that she was dear to many in return. We are thankful for the friends and neighbors who visited with and helped her out, and in general cared for and kept in touch with her, especially after our dad died. We will all miss her greatly.

Our mother was selfless, humble, generous, beautiful inside and out. A wonderful mom, grandma, great grandma, and friend. She was very devoted to our dad, as was evident in the way she faithfully cared for him in his last years when he succumbed to Alzheimer’s. They were married nearly 49 years.

Details of her memorial, tentatively planned for June, will be announced at a later date. Please join us then to share memories of our beloved mom, YoYo. 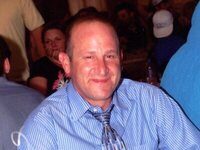 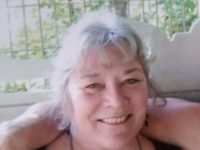