In the early morning hours of February 28th 2019, after an almost 2 year fight, cancer claimed the life of Leslie Finn at the age of 63. Everyone that met Leslie knew her for her warm personality, always having a smile and a witty sense of humor. Before she passed, her family was able to honor her final wish and was all present with her.

For Leslie her most important things in life were family and friends. Even in the depths of cancer treatment her bravery and kindness showed through, she never talked about herself or her treatments unless asked.

Leslie’s journey began in Los Angeles, born to Roy and Marilyn Schuschke. She grew up in Lemoore, California and attended Lemoore High School where she met and married Joe Thomas. Together they gave birth to her first son Ryan Thomas. While in Lemoore she started an antique business and also worked as a teacher’s aide. She relocated to San Diego, CA in 1978 and started a new life as a single mother while working as a drafter for a door manufacturing business. This is where she met James Finn and they were married in 1983 after what she always said took too long for him to propose.

Leslie and James made their home in San Diego and had 3 more sons, Timothy, John and Patrick. During this time they raised their 4 sons while also investing in properties so that one day they could retire in their dream home. The family started a tradition of yearly road trips to Oregon or Minnesota to visit family. These vacations are well remembered through Leslie’s travel log that gave a unique and humor laden insight.

In 2013 after beating Breast Cancer Leslie and James retired to their favorite town of Sandpoint, ID to build their dream home that they had worked so hard for. In 2015 the house was completed and to Leslie’s pride was featured in the 2016 issue of Cabin Living and Sandpoint Magazine.

Funeral Services will be held at 11:00 am, on Thursday March 7, 2019 at St. Joseph’s Church in Sandpoint. Father Dennis C. Day will be officiating. 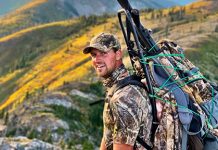