On the second day of a two-day tournament, the Duke’s Claybusters Trap team did not disappoint.

Beginning at 10:30 in the morning on Friday, the two squads of students and coaches resumed their match, aiming for as close to 200 broken birds as possible.

All started out strong but you could see some fatigue was beginning to set in. The temperatures soared into the mid-nineties without any break in the heat.

The Claybusters hung in there however and at the end of the day, the middle school boys took 1st Place in the Sub-Junior category of team overall scores.

Duke’s Claybusters even had a little time on Friday to sell some of their fundraising raffle tickets. They rely on the sale of tickets to help pay for their necessary shotshells and safety gear. (For information on how you can help raise funds for the Claybusters, contact Lonny Jelinek at the Bonners Ferry Gun Club, or Ron Campbell.)

Overall, the Bonners Ferry High School Duke’s Claybusters hung in there and had a great tournament, and they obtained great experience. 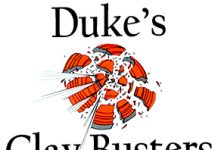 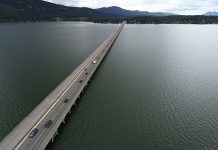