Did you know that a charismatic white supremacist once thought Boundary County would be a good place for his message of hate? True story. In 1987, Robert Miles, a former Ku Klux Klan leader convicted of plotting to bomb school buses, announced he would relocate his 2000-member white separatist “church” from Michigan to Bonners Ferry.

The neo-Nazis of the Aryan Nations had already established a headquarters in Hayden Lake, just north of Coeur d’Alene. Would Bonners Ferry, like Coeur d’Alene, become known nationwide for racist violence and neo-Nazi parades? How would local residents respond?

The Boundary County commissioners asked the Bonners Ferry Ministerial Association to organize a broad-based human rights task force. They wanted Miles and other hatemongers to understand that this community would not welcome bigotry and violence and would, instead, promote and defend the human rights of all individuals.

The ministers invited residents to a meeting at the Chic-n-Chop restaurant, and the Boundary County Task Force on Human Rights was born. The Idaho attorney general expressed his support, writing that this is “just what we need to combat the white supremacist problem in Idaho. Keep up the good work!”

A special guest at that first meeting was Father Bill Wassmuth, a Catholic priest and leader of the Kootenai County Task Force on Human Relations, based in Coeur d’Alene. A year earlier, Aryan Nations thugs had bombed Father Bill’s house. He later wrote, “To ignore hate groups, even though they usually include relatively small numbers of people, is to miscalculate the impact they can have on a community and to miss an opportunity to bring a community together to take another step toward justice for all.”

The newly formed task force did not ignore Robert Miles. They sent him a letter, denouncing his “announced philosophy of white supremacy and racial separation.” County Sheriff Ronald Smith, a task force member, also sent a letter, advising Miles that he would enforce the “Idaho code that declares that it is the right of every person regardless of Race, Color, Ancestry, Religion or National Origin, [to] be secure and protected from fear, intimidation, harassment, and physical harm caused by the activities of groups and individuals.”

Miles responded by writing, “We are coming! By the scores, the thousands, the millions, we shall be there. Hold your breath—we will come.” Dramatic words, but Miles and his followers never arrived.

In 1998, Aryan Nations members in Hayden Lake assaulted a woman and her son. In 2000, the victims won a legal settlement which awarded them ownership of the Aryan Nations headquarters. The current owner of that property, North Idaho College, is planning to sell it and use the proceeds to endow human rights education.

The Aryan Nations presence in the region has declined, but in 2017, a newcomer to Sandpoint began distributing racist and anti-Jewish flyers. He also made anonymous threatening phone calls, promised violence, and promoted north Idaho as a white supremacist paradise.

Recent years have seen a growth of fear-based separatism in north Idaho, but most Boundary County residents are not hunkered down and hiding out, afraid of the world and threatened by human diversity. We enjoy an award-winning library, excellent music and theater productions, a community garden, and wildlife education programs. In an admirable example of political cooperation—not separatism and isolationism—the Kootenai Tribe is working with Idaho, U.S., and Canadian agencies to restore local fish populations.

Thirty-two years after its founding, the Boundary County Human Rights Task Force still promotes the rights of all individuals—including yours. If you go online and read the Universal Declaration of Human Rights (1948), you will find that it affirms the rights and freedoms you hold most dear. It also reminds us that “recognition of the inherent dignity and of the equal and alienable rights of all members of the human family is the foundation of freedom, justice, and peace in the world.” 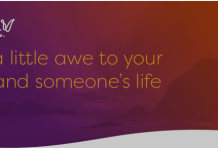