At the age of 85, Hod joined his former baseball teammates on April 1, 2020. His final days were spent at the Hospice House in Coeur d’Alene and now the angels are rejoicing as they welcome him home. A memorial is being planned at a later date.

Hod was born in Sandpoint April 15, 1934, to Harvey and Marie Sanborn.

One of his favorite stories of his youth was “running the streets of Spokane” with his friends. He attended Longfellow Grade School and Rogers High School his freshman year, and then moved to Bonners Ferry to finish schooling in 1952. He excelled in all sports and attended the University of Idaho on a football scholarship; later attending Gonzaga University in Spokane.

He was drafted by the Brooklyn Dodgers in 1955, and at the same time, as fate would have it, Hod reunited with former classmate Virginia Johnson and they were married on September 3, 1955. He chose marriage over baseball, and always maintained that he made the right choice.

Hod was inducted in the Inland Empire Softball Hall of Fame in 1984, playing for both Eagle Electric and Rainier Brewery for 10 years. He was the league leading hitter, most valuable player, and was the first player in Fast Pitch League Softball to hit over 400 average for a full season.

His love of sports continued by coaching seventh and eighth grade football. He also loved announcing high school football games. Travels throughout the world always included a round of golf. Pebble Beach was a favorite. Bowling, hunting, fishing and flying planes were also great enjoyments.

Hod managed Taft’s variety store, loving to chat with people and being a part of the community until they closed their doors.

He served as a U.S. Marines in the Corps reserve, was a very active member in Lions, The Knights of Pythias, and he was a charter member of the Fraternal Order of Eagles . 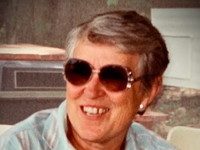