The Board Panhandle Health voted 4 to 2 today to make wearing masks mandatory for any public space in Kootenai County, siting that a public space is considered any place that people gather with less than 6-foot distance between them and when they are not immediate family or residing together in the same household…

Opponents of the order sited evidence that WHO and CDC claimed masks ineffectual back in May. They declared they would refuse to comply, that law enforcement would not enforce any decision to mandate masks.

Proponents for the order sited studies indicating that there are side effects to COVID-19 that none of us can even understand at this point, and it may be years before we know all the ramifications. They also argued that if everyone would simply wear their masks we could be done with the threat within 6 to 8 weeks., and that the WHO and CDC retracted claims that masks don’t work in June as evidence began to show more benefits to wearing masks than harm.

Panhandle Health included a statement explaining what gave them the right to make such a mandate as requiring masks in any county in Idaho. According to Idaho State Statute Title 39, Chapter 4, it states:

“39-414.  POWERS AND DUTIES OF DISTRICT BOARD. The district board of health shall have and may exercise the following powers and duties: (1)  To administer and enforce all state and district health laws, regulations, and standards. (2)  To do all things required for the preservation and protection of the public health and preventive health, and such other things delegated by the director of the state department of health and welfare or the director of the department of environmental quality and this shall be authority for the director(s) to so delegate.”

After 3 hours of deliberation and much discussion on both sides, the vote was cast and ended with 4 in favor of and 2 against the new mandate of wearing masks in public, with the chairperson’s vote not needed.

The controversy in Boundary County appeared to be with Commissioner Walt Kirby, who, despite not wanting to mandate the entire region to wear masks, voted yes to mandatory masks in Kootenai County. The reality of the situation is that the vote could potentially have passed with or without Mr. Kirby’s vote as the chairperson seamed at the ready to break the tie vote should Mr. Kirby have voted no.

Despite all efforts, the comment was made that no matter which way things went, COVID-19 is a political issue, and any decision made would be a political issue. Sadly, we continue to stand divided with much anger.

So for now, Kootenai County is under an order that masks are required or individuals may face misdemeanor charges resulting in fines, according to Idaho State Statutes of up to $1,000 and/or up-to 6-months in jail. 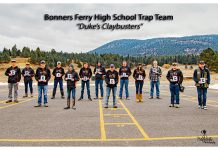 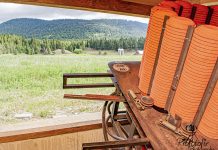 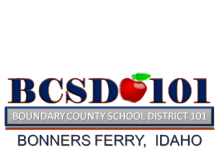