With all the controversy regarding voting in the country, it seems necessary to help people understand both their rights and their responsibilities this month as we prepare to head to the 2020 polls.

As we speak, absentee ballots have gone out in the mail to anyone who selected to vote absentee, either by using the online registration form for the Spring primary or by filling out the paper application and checking the box to have ballots sent for the entire year. In Boundary County, those are the only two ways to have the absentee ballots mailed to you.

There has been quite a bit of uproar from residents as well, who thrive on knowledge of potentially corrupt political systems here. Despite the conspiracy theories, every measure is being taken to ensure fairness, with a checks and balances system.

“Voting is a fundamental process in a democratic republic system. It is a chance for the citizens of a state or country to have a say in the people who represent them or an issue that impacts them. Informed voting and participating in elections is one of the responsibilities of citizens. The voting process is fairly straightforward. First, an eligible citizen registers to vote, then studies the candidates and issues, looks up their polling location, and finally casts their ballot during the election.”(1)

In Boundary County, only about 1/3 of the population comes out to vote in the primary elections, and less than 50% vote in the general election. As Americans, it is part of our civic duty that we educate ourselves in the policies and views of the candidates, then go out and vote in the elections. This is the way our Founding Fathers wanted it, so as to keep a clean system of government. It is part of our right as citizens of this great nation to get out and vote.

In addition to the all-important reason one would go out to vote (the presidential election) this year is a reminder of what great things can happen… An example? This year marks the 100th year of Women’s Suffrage that is, women being allowed to vote.. just one example of change that can happen when citizens get involved in the election system.

In order for our elections process to work right, it takes people participating in the system and having the courage to step out in action to accomplish change. Simply complaining about it will never fix any problem.

Given the serious nature of this upcoming election and the tensions on both sides of the political line, there are concerns about ballots that have arrived without a direct request. Community members may be feeling their hand was forced into utilizing the absentee ballots because of an electronic registration system that didn’t allow for a partial absentee ballot year. The truth is that those who received a mail-in ballot are still welcome to vote in person, there are simply extra steps that must now be taken to ensure they are issued only one ballot.

“Departing from the monarchical tradition of Britain, the founding fathers of the United States created a system in which the American people had the power and responsibility to select their leader.”(2)

The easiest way to vote in person with an absentee is to take your ballot to the Boundary County Courthouse and give it to the County Clerk’s office. The voting clerks are then able to check-in that you have voted and update the poll books to show your ballot was received. Friday, October 30, 2020, is the last day for Early Voting.

If you wish to cancel the absentee ballot, the easiest method is to take it to the Courthouse and request to have the ballot spoiled. This will allow the poll books to be updated showing you are now able to be issued a regular ballot. It is inconvenient but will ensure you are able to physically go to the polls on election day and that you will only receive one ballot per eligible voter.

If you wait until election day and simply go to the polls, the inconvenience will be placed on the poll workers and your anger toward the system will be taken out on those who love our country and give their time and efforts to ensure fairness to all. It will still be possible for you to vote in person on a standard ballot, but now there will be a process. You will have to wait while the poll worker calls the Court Clerk’s office to spoil the absentee ballot, records will be updated, and then a new ballot will be issued for you to vote.

Regardless of which method you choose to utilize to vote, the important thing is that you get out and vote! The in-person elections will happen in our county on November 3, 2020.

“Be the change you wish to see in the world.” (Gandhi)

See you at the polls! 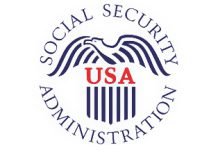 How to Replace a Missing Social Security Card Online