Bill Lawrence was born June 1, 1936 in Texas. 84 years later on Dec. 7th 2020, while walking his little dog in the twilight, he was called into eternity by the Most High. God called his name and he left his husk behind.

He was a loving dad, a diligent hard worker, a good provider, very generous, loyal to his family and friends, and a mechanical genius. He delighted in his children, grandchildren, great grandchildren and in his little yorkie dog Jade and mutt Mackie.

While a young man he realized his need for a savior- he being a sinner and with no way to expunge his guilt by his own effort- asked to be forgiven and called on Jesus Christ to deal with his sin. The Bible verse, “God made Jesus who knew no sin to be sin, for us, so that in Jesus we might become the righteousness of God”, became a reality to him. This truth, over time, changed his life.

Bill loved books, all kinds, and especially the Bible. His reading included history, current events, children’s books, gardening and many other topics. He heard God speak to him as he read his Bible, “For the word of God is living and active”, and he experienced that to be true.

He is survived by his former wife, Ginger, their two daughters Sherry Woomert and husband Brian; Heidi Greenfield and husband Gene. The 6 grandchildren from Brian and Sherry being, Donzel, Liesl, Schyler, Sterling, Tallis and Tivoli. And 3 grandchildren from Heidi being, Amanda, Cody (who proceeded his grandpa to heaven) and Kira. There are also his brothers, a sister and extended family members.

There is a hole in the fabric of our lives, but we do not grieve like those who have no hope. 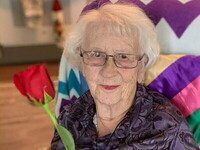 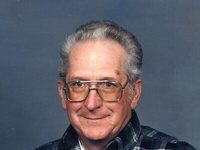 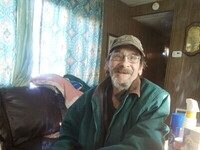